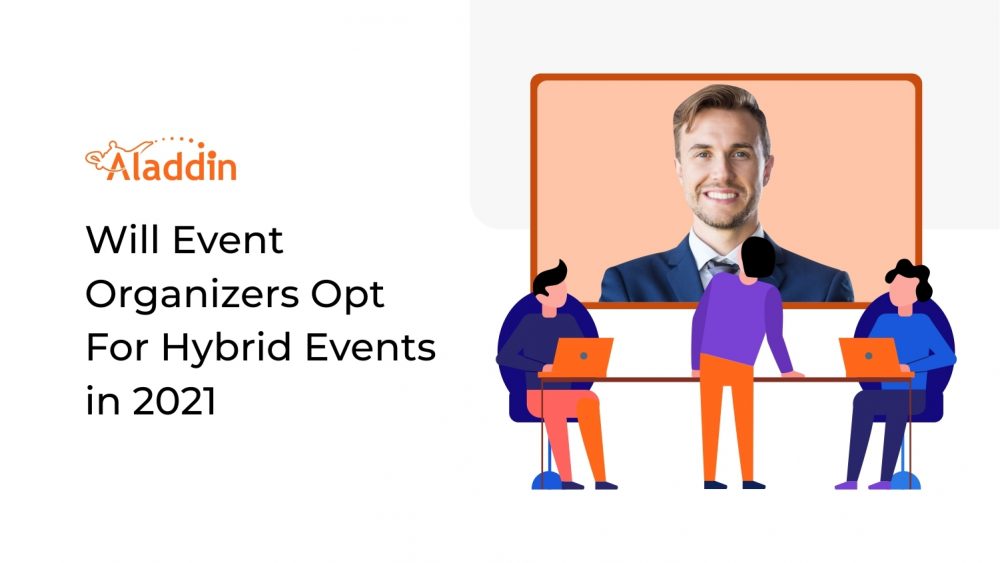 2020 will go down as a momentous year in human history due to the COVID-19 pandemic. How it affected the world economically, culturally, politically, socially, and in various other ways continues to be documented and will be for a long time. With that, an important question arises: will event organizers opt for hybrid events in 2021?

One area where the pandemic made its impact felt was in upending how traditional trade show events or similar events are held.

Many major events pivoted to a direct-to-consumer model and pivoted to streaming directly in people’s homes with feeds open to the general public.

Through some examples, we will see whether the current situation means that more event planning organizations will opt for hybrid events in 2021, with a mix of virtual and physical elements.

2020 was poised to be the year in which information and details would come out on the ninth generation of video gaming consoles including the highly anticipated PlayStation 5 from Sony.

People were salivating at what Sony would show after the smash success of the PlayStation 4 which as of November 2020 has sold more than 114 million units.

Yet, curiously, Sony opted to skip the Electronic Entertainment Expo which is not only the biggest gaming industry event in the world but also the home and stage for previous console launches and announcements.

Instead, Sony opted for a prerecorded reveal event released directly to the public for streaming which contained reveals on the new games and details on the new console.

It is not yet known whether this was a permanent shift or a one-off event but it is interesting to note that E3 has itself announced that it will go online for its 2021 event but didn’t reveal more so it may just be a hybrid event.

Similar to E3, the San Diego Comic-Con is the biggest entertainment event in the world for all things related to movies, comics, television shows, and much more.

Traditionally studios booked massive slots to show off their upcoming blockbusters to hordes of fans anticipating a glimpse of their beloved entertainment properties.

Yet SDCC was also massively affected due to the pandemic and forced to switch to an online event with many of its biggest attractions backing out.

WarnerMedia instead opted for a direct-to-consumer event in August 2020 where all the latest trailers and videos on the studio’s upcoming DC Comics film, videogame, and television show releases were released directly to the public in an interactive digital exhibit much like a virtual trade show.

The result was a roaring success with 22 million views across 220 countries and territories over its 24-hour run.

It’s already been announced for a comeback in 2021.

Disney’s Investor Day 2020 was another direct-to-consumer event in December 2020 which no one was expecting.

People thought they would get updates and boring statistics on the Disney+ streaming service and its rollout and number of subscriptions as well as discussions on the company’s bottom line amid COVID-19.

Instead, the event seemed to play out more like a trade show exhibit at a media industry event with trailer upon trailer, and reveal upon reveal from Disney’s different studios such as Lucasfilm and Marvel Studios.

The number of trailers shown off and early footage shown was a bit surprising since Disney is normally not one to release the early footage it shows off at in-person events to the general public.

This might suggest a pivot by Disney to hybrid events where it uses a combination of virtual exhibitions and in-person events to showcase its upcoming media content since it still holds the D23 Expo every two years.

With an analysis of the above examples and other developments so far into 2021, it can be reasonably said that most event planning organizations will indeed pivot to hybrid events with a mix of virtual and in-person events for trade shows and other industry events.

However, a decisive answer is hard to give at this point since a lot of this is based on conjecture and the pace of vaccinations. The vaccination rollout has started in earnest in many parts of the world and is going smoothly while in other places it is facing problems and obstacles.

Still, hybrid events indeed seem to be the future for the event planning industry since you can’t go back after once having given people the taste of attending all manner of events from the comfort of their home.

Research indicates that 71% of event organizers plan to continue the use of digital strategies to hold on to their virtual audience, even as they get ready for an eventual return to physical events.

As more companies plan this shift to hybrid events, they will require the services of experienced professionals who can conduct B2B matchmaking for them such as AladdinB2B.

Hybrid events offer many advantages such as wider reach, accessibility, higher social media activity, higher participation, lower cost, and many more which show if not in 2021, then very soon they will be the future for event planning organizations.

The public demands accessibility more than ever before and loathes artificial barriers and walls which traditional in-person trade shows have a lot of, hybrid events offer a nice compromise between the prestige of physical events and the open accessibility of virtual events.

For your hybrid event, you will need the services of a professional event planning organization that not only specializes in all three trade show models: digital, hybrid and in-person but also has experience.

AladdinB2B has worked with giant trade shows and arranged 4000+ meetings between exhibitors, startups, investors, and government delegations. It was the official partner for Gitex 2020, the largest in-person tech trade show in the world.

If you want a higher ROI, enhanced networking opportunities, and a better experience for the show’s attendees whether they be online or on the floor, then contact our Genie today. We also provide lead generation and have a vast database of business profiles. So we can promote the event and attract more visitors.

Headquartered in the United States and regionally operating in Dubai, Aladdin proudly serves 100s of companies across the globe.

Get a free consultancy now.